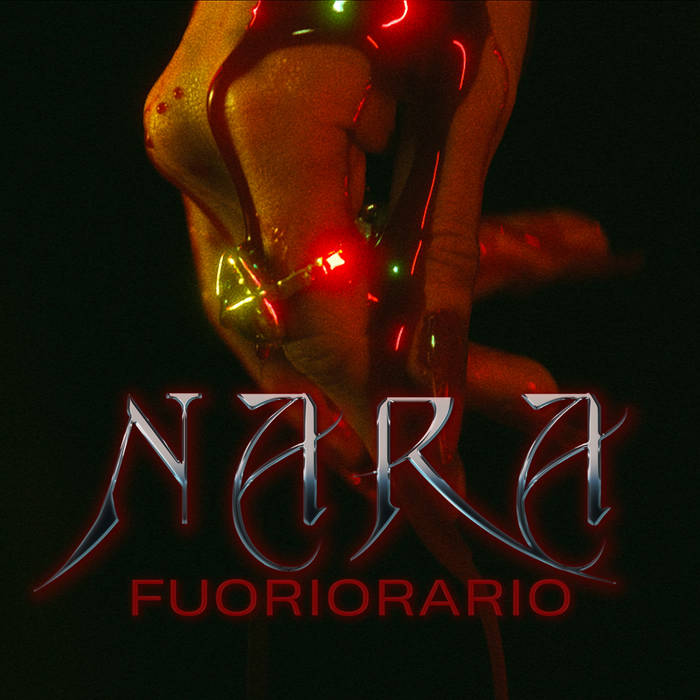 LOS ANGELES, C.A.—The new six-track slammer of hard-edged techno from Italy-via-London’s NARA cements her status as a rising star.
After a slew of acclaimed releases, NARA debuts on Evar Records with ‘Fuoriorario,’ a fierce selection of sharply produced bangers that weave techno, breaks and schranz to deliver wholly new tracks that will be the standout of any set.

Title track ‘Fuoriorario’ is a peak-time weapon that takes a thrilling turn, blasting a soulful, off-kilter vocal sample above its distorted synth lines. A must-have, guaranteed to delight dancefloors and whip audiences into a frenzy, if they’re not too busy trying to Shazam it.Fuori oratorio means after hour in Italian. NARAdrew inspiration from 90s Italian rave culture, when DJs used to play the hardest tunes during the after-hours parties (the so-called fouri orarios).
‘Fuoriorario’’s accompanying video features two vampiric female boxers duking it out in a neon-bathed underground ring, catalyzing femme strength in a violent and highly-stylized visual.
‘Cigarette Break’ shows NARA’s wide-ranging influences from London’s multi-genre club scene, churning so many late nights into a mesmerizing and melodic heater that is as at home closing out a 5am slot as it is in your headphones. This bubbling heart-opener recalls drum ‘n’ bass, grime and jagged experimental club music while retaining NARA’s distinct sonic signature.
On ‘The Darkness Within,’ NARA’s skills as an audio engineer are on full display in this spatial masterpiece, which turns her demented production into a 3D rendering of madness. A whispered vocal sample, powerful kick and industrial breakdown create the feeling of being on a factory line for demon dolls -- a ride NARA insists you stay on till completion.
This EP also boasts three powerful remixes. First up is British/New Zealand tough techno savant Keepsakes, who boasts releases on legendary labels Perc Trax and Mord. He pounds ‘Cigarette Break’ into an industrial groover perfect for headlining duties, that uses hauntingly reverbed drum hits, filtered breaks and distorted basslines to propel the listener ever forward.
Leeds-based DJ and producer Nova Cheq channels his hardcore and nostalgic rave influences to whip ‘The Darkness Within’ into a mind-melting hardcore anthem. With releases on Sherelle’s ‘Hooversound’ and DJ Spits ‘Rascals’ labels, Nova Cheq’s brings his multi-genre sound to NARA’s searing production and creates a remix ideal for the gabber-esque sets sweeping clubs.
Evar Records mainstay and Los Angeles native Baseck turns ‘Fuoriorario’ into a monstrous analog battle axe, ready to destroy speakers with its 150bpm pummeling kick and epic builds. You’ll have to check the dancefloor for damage after this one drops.