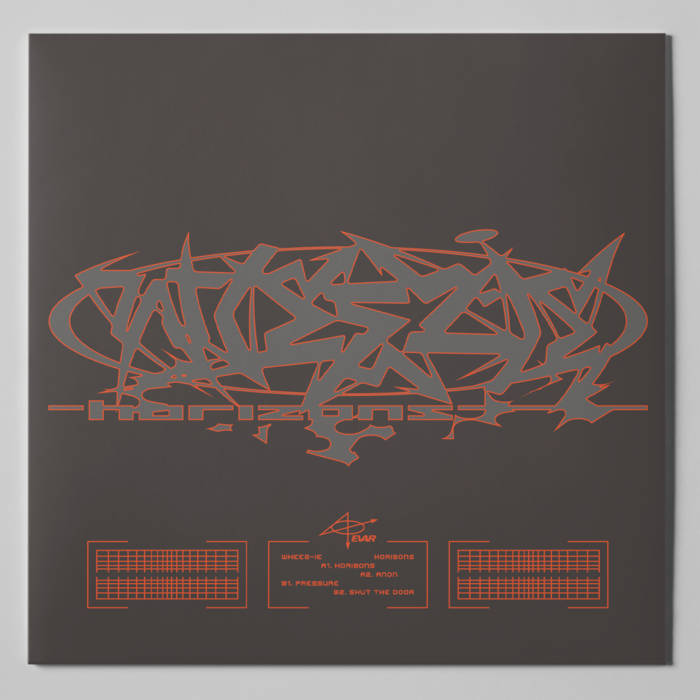 Those well-acquainted with Los Angeles-based DJ and producer Wheez-ie can attest to his masterful dexterity both behind the decks and in the studio. For the uninitiated, his forthcoming release serves as another testament to the timely-yet-timeless quality his productions have since become championed for. Finding common ground through an emphasis on genre hybridization, Wheez-ie's latest offering, Horizons, benevolently marks the next entry in the rapidly growing catalog of John Frusciante and Aura T-09's Evar Records.

Set for release on October 1st, this 4-track collection has already received advance support from the likes of Nina Kraviz, Sherelle (with the track "Shut the Door" being featured as part of her official BBC Radio 1 Essential Mix), VTSS, Cera Khin and fellow Evar signee Kilbourne, exemplifying how Wheez-ie's tunes are not only certifiably rave-ready but can find a happy home in DJ sets of all styles.

Drawing influence from techno, industrial metal, darkcore jungle and big beat, Horizons culminates in a fierce exploration of sounds that efficaciously capture the essence of early 90s-era rave through a modern lens that is both perceptive and prophetic. While working from a referential or nostalgic place can be cheugy if not executed properly, the Texas-born producer is at his best when pulling from his encyclopedic knowledge of electronic dance music to provide that 2AM banger the dance floor didn't quite know it needed until the cathartic moment it explodes out of the speakers.

As exemplified by the depth of his discography, including recent additions courtesy of London's THEM imprint (2020's Negative Zone EP) and Perth, Scotland's Craigie Knowes (2020's ONLY HUMAN / WEAPONIZED), Wheez-ie has been fiercely applying pressure and challenging genre tropes from the very onset of his career, and doing so with immense care and understanding of nuanced cultural codes. Prioritizing feeling above genre, Wheez-ie's Horizons brilliantly showcases his multifaceted nature, with each track offering a different side of his dynamic arsenal as a producer and DJ.